Google held the conference in San Francisco on Thursday, May 28. Google I/O stands for input/output along with “Innovation in the Open” and is an annual software developer-focused conference. The company is introducing many new features for its Android phones, including a payment system to rival that of Apple Pay. Here are the top seven things you need to know about Google I/O 2015:

Google’s new mobile system, Android M, comes with a number of new features including extended battery life, new app permissions, and Doze. The latter will suspend apps once the device detects it’s not in use, one way Google made it possible for the Nexus 9’s battery life to nearly double. The new app permissions are a huge benefit for people with privacy concerns. Users can now download an app without having to agree to share certain data and information.

Easy to use, fast, and simple. Not to be outdone by Apple, Google made Android Pay even simpler than Apple’s touch to pay service: simply unlock your phone and tap to the smart wallet device. In addition, all transactions can implement a fingerprint ID check as a way to prevent fraudulent purchases.

In a world where there never seems to be enough storage, Google solved the problem by adding unlimited storage – all for free. And what’s more, it’s available on both Android and iOS. Google Photos automatically organizes users’ pictures and videos and stores them on Google’s computer servers, even suggesting music to create montages and links to share with your friends and family.

Cardboard is exactly as it sounds: a piece of cardboard that folds into a virtual-reality headset, using Android phones as the display. Google introduced this last year, but announced yesterday that it’s now available to everyone for just $4. In addition to Cardboard’s new accessibility, its redesign makes for easier folding and accommodation of more technology including iPhones.

Always wanted to get that perfect panorama? Meet Google Jump, a 360-degree rig with 16 different GoPro cameras. The footage has much more depth than a normal camera – it makes the video stereoscopic, similar to 3D.

Using GPS has never been easier. The new Google Maps will operate offline, meaning people have the option to get turn-by-turn directions, as long as the area was downloaded in advance. This feature will not be available until later this year. 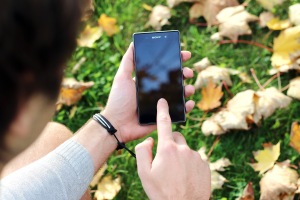 Although it seems to be one of the less talked about features, Google Inbox is an email revolution. For one, it’s open to everyone, not just Android users. The app organizes everything in your email, creating a sort of to-do list via reminders, notes, and even trip itineraries with the new feature Trip Bundles. There’s also no more hassle with switching from app to app; Inbox allows users to go directly to other apps instead of the website.